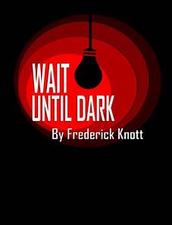 The Legend of Frankenstein Continues

This tells the story of Bessalia Frankenstien, daughter of the legendary Dr. Victor Frankienstien.While discovering young love, she also discovered the truth about her father & his creature.  She also learns that her father was not the only doctor creating life from the dead.

Side Show The Musical

Based on the true story of Siamese twins Violet and Daisy Hilton who became stars during the Depression, Side Show is a moving portrait of two women joined at the hip whose extraordinary bondage brings them fame but denies them love. Told almost entirely in song, the show follows their progression from England to America, around the vaudeville circuit and to Hollywood on the eve of their appearance in the 1932 movie Freaks. 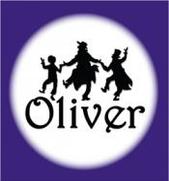 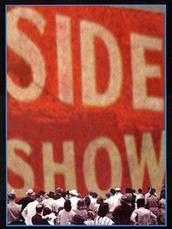 Oliver! was the first musical adaptation of a famous Charles Dickens work to become a stage hit. There had been two previous Dickens musicals in the 1950s, both of them television adaptations of A Christmas Carol. The plot of Dickens' original novel is considerably simplified for the purposes of the musical, with Fagin being represented more as a comic character than as a villain, and large portions of the latter part of the story being completely left out. Although Dickens' novel has been called antisemitic in its portrayal of the Jew Fagin as evil, the production by Bart (himself a Jew) was more sympathetic and featured many Jewish actors in leading roles: Ron Moody (Ronald Moodnick), Georgia Brown (Lilian Klot), and Martin Horsey 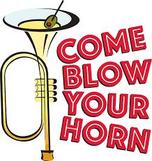 ​What does it mean to “grow up?” When does it happen? And, does everyone have the same experience? Neil Simon’s semi-autobiographical play, Come Blow Your Horn examines all of these questions through the lens of the Baker Family. There is Mr. Baker, who began working at age eleven and was married at twenty-one; Alan, his eldest son, is a thirty-three-year-old confirmed bachelor and womanizer; Buddy, the youngest, is Alan’s opposite -- hard-working, obedient, reserved, and unsure; Mrs. Baker is adept at the art of emotional manipulation and is prone to hysterics. Throughout the course of the play, the family struggles to understand and adjust to one another, as the two sons begin to grow up, and the parents realize that they are growing old.

Based on the iconic 1969 rock concept album, The Who's Tommy is an exhilarating story of hope, healing and the human spirit. The story of the pinball-playing, deaf, dumb and blind boy who triumphs over his adversities has inspired, amazed and puzzled audiences for more than 40 years. This five-time Tony Award-winning musical was translated to the stage by theatrical wizard, Des McAnuff, into a high-energy, one-of-a-kind theatrical event.

The Who's Tommy features an exhilarating score that is timeless in its youthful appeal, giving the show a cross-generational appeal that has made it a smash-hit in high schools and colleges around the world. A small rock band orchestration allows you to capture the excitement of the New York production on a modest budget.

A sinister con man, Roat, and two ex-convicts, Mike and Carlino, are about to meet their match. They have traced the location of a mysterious doll, which they are much interested in, to the Greenwich Village apartment of Sam Hendrix and his blind wife, Susy. Sam had apparently been persuaded by a strange woman to transport the doll across the Canadian border, not knowing that sewn inside were several grams of heroin. When the woman is murdered the situation becomes more urgent. The con man and his ex-convicts, through a cleverly constructed deception, convince Susy that the police have implicated Sam in the woman's murder, and the doll, which she believes is the key to his innocence, is evidence. She refuses to reveal its location, and with the help of a young neighbor, figures out she is the victim of a bizarre charade. But when Roat kills his associates, a deadly game of cat and mouse ensues between the two. Susy knows the only way to play fair is by her rules, so when darkness falls she turns off all the lights leaving both of them to maneuver in the dark until the game ends."

A Broadway hit, this masterfully constructed thriller moves from one moment of suspense to another as it builds toward an electrifying, breath-stopping final scene. "WAIT UNTIL DARK is a tense thriller." —NY World-Telegram & Sun 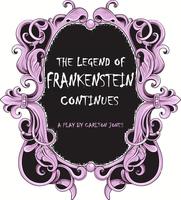