The Village Players are a nonprofit 501(c)(3) is a Community Teaching Theater based in Valrico and Seffner, Florida, in unincorporated Hillsborough County.  The Players train,  rehearse, and perform at the James McCabe Theater in Valrico, a building on the County's Registry of Historic
Places, built in 1915.

The group offers one to two shows a year featuring children, and teaches acting skills to its child performers.  Children who appear in Village Players productions do not need prior experience, and are never charged a fee to participate.

The Village Players have an open-door policy for performers and others interested in the stage, and emphasize teaching all aspects of theatrical performance and staging, including makeup, costuming, set design and construction, and acting.

All involved donate their time and skills to educate, and entertain the public. The group is supported by donations and grants, and is the only one of its
type in Hillsborough County.

Our mission is to spotlight local talent, work with those who would like to learn various different aspects of the theater both on & off stage, while providing affordable theater experiences & entertainment for the local community. 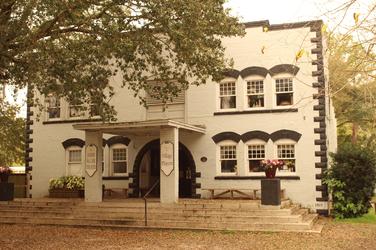 The James McCabe Theater, built in 1915, is the only remaining commercial structure from Valrico's own small land boom at the turn of the century.  Originally built to house the Valrico Civic Club, it was erected by the membership to be a home for the group and an attractive focal point for the community.

The Village Players of The James McCabe Theater are funded and supported solely by the generosity and enthusiasm of our surrounding community.  In addition to fulfilling our role as both a theatrical center and a venue for the arts here in the Brandon/Valrico area, we are always striving to preserve our historic landmark building.  As of 2013, we have replaced the roof, installed new air handlers for the AC, replaced the floor with tongue & groove pine, and installed new ceiling fans.  With our efforts and the generosity of the community we will continue to see improvements to the building, which will ultimately enhance the community theater experience for the patrons at The Village Players. 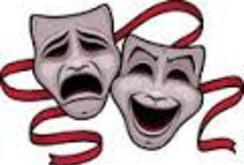